Healing starts with you.

Through the Eye of the Needle – in depth SE-work with Near Death Experiences and Anaesthesia (Peter Levine, USA)

Work with pre- and perinatal and birth traumas according to Ebba Boyesen
(Kola Brönner, Aachen)

At this point, I would like to thank all my teachers (including those not mentioned on this site) for their companionship and support on my path. 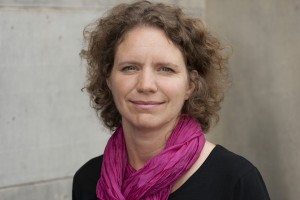 In my private practice, my focus is on supporting those confiding in me and on helping them unfold their unique strengths and power.

The approaches that I use in my work have been my own constant companions in life for many years.

From 1994–1997, I studied architecture in Dresden, Germany, and then photography for three years in England. Even at that time, psychotherapy was an area I found very fascinating, and in the context of my photography studies I acquired deeper knowledge in that field.

When I first got in touch with Systemic Family Constellations in 1996, I was profoundly impressed and convinced of its value when I witnessed the amazing impact of this work. I already had an inkling that I wanted to work in this field professionally, which then manifested one decade later after having met and learned from many different practitioners.

Following my graduation, after the birth of my first son in 2001, I learned about homeopathy, the power of which began to fascinate me so much that I decided to study homeopathy in 2005 to become an alternative health practitioner.

After already having embarked on exploring the vast field of healing, I also became trained in the Positive Recreation of one’s own birth (body-therapeutic birth process work) in 2008, as a wonderful complement to my scope of practice.

In 2015, I completed a three-year training in Somatic Experiencing (SE)® , a body-oriented form of trauma therapy developed by Dr. Peter Levine that never ceases to amaze me in its transformative effect. By continuously attending trainings with a great variety of teachers, my learning never stops. The improvement of my skills by gaining more in-depth knowledge about trauma and ways to transform it is one of my goals.

In 2007, I began to offer counseling with Systemic Family Constellation Work.
Since 2010, I have been working as an alternative health practitioner in my private practice. Until 2016, I was a teacher at the Alternative Health Practitioner School Mehner & Bußhardt in Dresden, and since 2013, I have been a faculty member at the Physio Akademie in Wremen, both in Germany.
Since April 2015 my office is located at Rähnitzgasse 12.

Since 2017 I am deepening my knowledge of group dynamics in an ongoing group of the Systems-Centered approach (SCT) developed by Yvonne Agazarian. At the heart of this approach is Functional Subgrouping, an innovative conflict resolution method.

Since 2018 I also organise workshops with experienced lecturers in the areas of spirituality and group dynamics. For further information and/or signing up for the newsletter, you will find the contact here.